As I was driving her, she seemed like she just wanted to talk, so I listened. She also seemed like she was about to cry, so I wondered if I should ask her if she was ok. But then I asked her if I could ask her a question instead. She said “Yes”, so I asked, “What’s the best thing that has ever happened to you?” She proceeded to tell me several things. After she was done, I asked her if I could tell her the best thing that has ever happened to me, to which she replied, “Sure”. So I told her: “There was a time in my life where I felt lost, alone, and that I didn’t matter. And then I met Jesus, and He truly changed my life. I just want you to know that He loves you very much, and that He knows you and cares for you.” As I told her this, I began to see her not through my own eyes, but through the eyes of Our Heavenly Father. The Holy Spirit had tapped into my compassionate heart, and I was able to connect with this lady on a deeper level even though I had just met her. I could see that she was hurting. I just knew that this is what she needed to hear.

When I was done speaking, she seemed to just sit there and take it all in for a moment. I then felt like I should pray for her, so I asked her what her name was, and if I could pray for her. She said, “Yes.” I asked her if there was anything specific that she needed prayer for, to which she simply replied, “Everything”. I then began to pray for her, asking that the Lord would show her His love, peace, comfort, and protection. I also thanked Him for the fact that she had gotten her job back and for giving us the opportunity to meet. When I was done, she said, “Thank you. Have a good rest of your day,” and then got out of my car. As I watched her walk away, I couldn’t believe what had just happened. All I felt was the Joy of the Lord overwhelming me. Tears of joy came, but also tears of compassion. My heart broke for this lady. (It still does). As I drove away, I continued to thank the Lord for this opportunity (this”divine appointment”) that He had just given me. I prayed that He would use my obedience and the words that I had spoken to this lady for His glory and honor, specifically working in her life.

Now, here’s the interesting thing: It seems like the Lord always chooses to present me with opportunities when I least expect them. Maybe this is because if I knew that they were coming, I know I would refuse to actually act upon the moments that He gives me. If someone would have told me that I was going to give a ride to a complete stranger and tell her how much Jesus loves her, I can honestly say that I probably would have laughed and thought that it was totally ridiculous. I wouldn’t have believed them, what they were telling me. Helping this lady reminds me of how far I have come in being able to interact with new people, and how much the Lord has worked through and shaped this area of my life. I wasn’t even nervous. Instead, I remained calm, trusting all the while for the Lord’s complete guidance over the situation. He definitely had His mighty hand upon it. 🙂 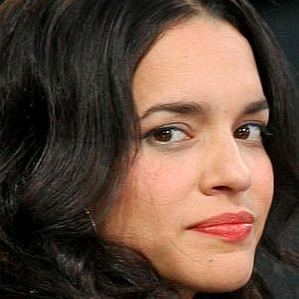 Michigan Grappler Everything Wrestling From inside the Michigan Label Lady